Rotavirus vaccine and its importance 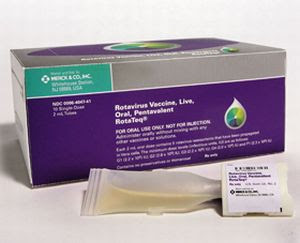 I’m clueless at the beginning what rotavirus vaccination is all about and why is it so important and pricey at the same time.

This vaccination is a must have, check some gathered information below.

What is Rota Virus

Almost all kids have had a rotavirus infection by the time they’re 5 years old. Rotavirus is one of the most common causes of diarrhea, and severe infection (rotavirus gastroenteritis) is the leading cause of severe, dehydrating diarrhea in infants and young children.

Kids with a rotavirus infection have fever, nausea, and vomiting, often followed by abdominal cramps and frequent, watery diarrhea. Kids may also have a cough and runny nose. As with all viruses, though, some rotavirus infections cause few or no symptoms, especially in adults.

Sometimes the diarrhea that accompanies a rotavirus infection is so severe that it can quickly lead to dehydration. Signs of dehydration include: thirst, irritability, restlessness, lethargy, sunken eyes, a dry mouth and tongue, dry skin, fewer trips to the bathroom to urinate, and (in infants) a dry diaper for several hours.

Each year more than 500,000 children die from diarrheal disease caused by rotavirus, and another two million are hospitalized. Most deaths occur in developing countries where access to treatment is limited; however, nearly every child in the world will suffer a rotavirus infection before age five.

Parenting: Importance of “Messy Play” for a child’s development